The Internet of Things – Today

A quick intro: I work in product marketing for CA and I was recently elected to write a regular blog about the business of APIs. I’ve been around the block over the years – a coder, an engineer… I even wrote a BBS once upon a time (yes, I’m pre-Web, truly a dinosaur – roar!) But now I “market things”. That said, I still have a bit of geek left in me and with that in mind, this blog is going to focus not so much on the “what” or “how” when it comes to APIs, their implementations and how they affect businesses/consumers but rather, the “why”.

For an initial first post, I thought I’d take a look at the Internet of Things (IoT). We are beginning to see the actual emergence of nascent technology that can be called the IoT. First, I’m going to take a look at one particular example – one that’s actually pretty representative of the (very near) future of IoT. Yes, I’m talking about Anki Drive (and if you haven’t heard of Anki Drive, you really should watch this short video).

What’s amazing about Anki Drive cars is that they know WHAT they are, WHAT their configuration is, WHERE they are, WHERE you are… Five hundred times a second (in other words, effectively real time), each of these toy cars uses multiple sensors to sample this information using Bluetooth Low Energy, determining thousands of actions each second. Oh… and they’re armed!

Equally amazing is the fact that kids of all ages “get it”. (By “kids”, I of course mean “males” – as once males hit 15 or so, they mentally stop growing, at least according to my wife. Although, I’ve seen many women enjoy destroying other vehicles with Anki too… but I digress.) Players intuitively know how to use the iOS device to control their cars and after learning the hard way that the “leader” in this race really equates to the “target”, they adapt quickly to compete against true artificial intelligence (AI) and each other. It really is an incredible piece of work and is absolutely the best representation of the IoT today.

So, you ask: “What does this have to do with moi”? Well, imagine if your car could do this kind of computation in real time as you went to work. Certainly, Google is working aggressively on this track but Anki lets you get a feel for it today. (And I’m fairly certain Google is not going to provide weaponry its version.) Still, the real-world application of this technology is still a ways away. Let’s reign in timeframes and take a look at what is happening with the IoT in other industries today.

Imagine that your appliances knew about and could talk to each other. Google, though its Nest acquisition, is working on this with its learning thermostat. My first thought on the Nest was something along the lines of: “What kind of idiot would spend $250 on a thermostat when you can get a darned good programmable one for around $50?” But then Nest introduced the Protect. Simply an (expensive) smoke detector with CO detection built in. Big deal, right? Except that if your Nest Protect detects CO, it makes a somewhat logical assumption your furnace is malfunctioning and sends a command to the thermostat to shut down said furnace. That is the power of the IoT in the real world today. So I bought into Nest (thus answering that previous question) and, yeah, it’s pretty cool – not nearly as cool as Anki Drive but then Anki really doesn’t care if my furnace has blown up and Nest does.

As we see more and more real-world introduction of functional, useful IoT solutions, these solutions will all have one thing in common: they will use APIs to communicate. And what IoT will absolutely require is a solution that ensures that only the right devices can communicate with other right devices, in the right way, returning the right results, with no fear of Web-based (or, technically, IoT-based) threats, bad guys, MITM etc. As solutions roll out, it’ll be interesting to see how many vendors remember that security and performance are not options in IoT – they are 100% essential. 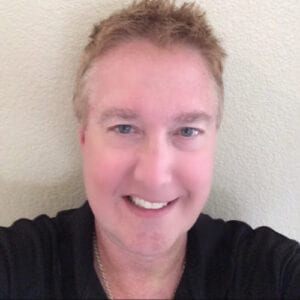 Bill Oakes, CISSP, is head of API Academy, as well as head of product marketing for API management at Broadcom. Bill joined Broadcom with more than fifteen years of experience in security and mobility marketing. In his roll, he is responsible for messaging, positioning, and evangelism of the best API management solution on the market today. Prior to joining Broadcom, Bill was responsible for product marketing for the developer platform at Good Technologies – a secure mobile email company – rolling out the initial positioning, messaging, and strategy of Good’s foray into developer/ISV markets. Prior to Good, Bill held product/solutions marketing positions at Blue Coat Systems, a web security company with real-time defense against malware and web-based threats (now a component of the Symantec Division at Broadcom). Weekends will almost certainly find Bill riding with his Harley club – or possibly teaching people how to teach people to blow bubbles underwater.